Discussion and debate about the MotoGP class
Post Reply
167 posts

Mathematically there were 14 riders before this round, now there's 6
My signature isn't particularly interesting
Top

Mathematically there were 14 riders before this round, now there's 6. Mir's 37 point lead should seal it next weekend but you never know
My signature isn't particularly interesting
Top

A lot of rumours on social media that Portugal won't go ahead due to their lockdown. Think (for all 3 classes) you definitely want to be in the lead if you can at the end of Valencia 2, just in case..

Jagbruno wrote: ↑
Mon Jul 13, 2020 2:58 pm
I wouldn’t forget the two Suzuki.
The new Michelin’s will favour them as well and their inline four engine is arguably more powerful than the Yamaha, while both riders have matured considerably. Rins capable of the very best but a tad irregular, Mir steadily improving.

The first here to call it - by quite a long margin.
Top

MiniNinjaMk5 wrote: ↑
Mon Nov 09, 2020 12:51 pm
A lot of rumours on social media that Portugal won't go ahead due to their lockdown. Think (for all 3 classes) you definitely want to be in the lead if you can at the end of Valencia 2, just in case..

Commentators on BT Sport moved to quash the rumours and I'm pretty sure that Gain Emmmet has some form of dual role with Dorna too. Fingers crossed it goes ahead, I've been for world superbikes at its a spectacular track
Top

Yeah I hope they are right. One thing I would add to that is that apparently Dorna has some muscle with the Spanish government, I'm not sure if the same would apply with the Portugese.

At least no air freight is needed, it is literally driving across next door.. fingers crossed because like you say it is an awesome WSBK track, especially if the WC is finished by then you can imagine everyone going mental for that last race!
Top

Here's the prediction I made on the 21st July
1. Vinales
2. Dovi
3. Quartararo
4. Rins
5. Miller
My signature isn't particularly interesting
Top

Quite fun reading back through the comments
Think Jagbruno was first to mention about strong Suzuki performance this year, in July

CLX had a great one in August! Think calling it pretty much exactly

And a side-note, Mir is starting to hit his stride. I know it's naive and incredibly optimistic to place him in the fight, but if he finds a well to qualify well and not lose time in traffic, he can at least be a constant podium contender and split Quartararo and Dovi while stealing points from both.

Wow check me out!

Think he might have some good points, but it will be interesting whether he continues to grow and gain consistency, or has that 'difficult second album' year now that there is some pressure and expectation to succeed.

I can still remember the early press about Quatararo when he was 15yrs old and first appeared on the scene. You would have thought he could have walked on water and Marquez may as well have retired already with the amount of gushing praise and the prospect of him coming through, despite him barely having raced a GP at that point. Then the pressure builds and becomes too much (we saw something similar with Olievera and Vinales as well actually, to a point) - when they stepped out of the limelight and the pressure was reduced they had some room to breathe and the talent came through. It will be interesting to see what happens to Fabio now that that pressure is going to be applied once more.

And on Mir/Suzuki. Think I called correctly with Rins, I thought Mir could step up but definitely didn't see Mir coming on so strong so quickly


Rins reminds me a lot of Kevin Schwantz (aside from them both being on the Suzuki and their riding styles looking kind of similar!) in that he is ferociously talented and can absolutely be the fastest guy in the world on a given day. But, like Schwantz lost out to Lawson, Doohan, Rainey on account of his lack of consistency, it might well be the same for Rins. Remember Schwantz did finally get that WC at the end of his career, but it will be interesting if Rins can follow likewise. I think he is capable, but perhaps like Schwantz it might rely a little on what happens around him?

Mir I definitely think is something special. He was heavily hampered by injury last year (I don't think it was that widely reported just how bad it was) so I'd definitely look for him to take the next step up this year, that's if we have a bloody race

p4p1 wrote: ↑
Sun Sep 20, 2020 2:18 pm
I think Mir might be or should be the new championship favourite. He’s showing the most consistency so far and this year that’s what is going to win the championship. He will only be 12 or so points down at the end of this race and unless something changes drastically I think he will get more points for the rest of the season than Dovi.

Mir needs 14 points over the next 2 rounds if my maths is correct? It’s 2020, everything has been crazy this year (not just in the GP) so I don’t think he’s quite home yet but he’s got to be bloody close.
Top

I always expected Mir to do well, but his second race at Austria convinced me to jump on the bandwagon. Even though he lost a sure win, he was composed enough to fight on and score as many points as possible, in that case 4th after beating Dovi. And of course we all know it takes a lot to beat Dovi at Austria head to head no matter what.

I never ever expected Quartararo to have thois sort of second half of the season though. He was my outright favourite for a long time.
-----
Everything we consider fiction is reality somewhere else. This is somewhere's fiction.

Agree that Suzuki been looking good for sometime. Well run team and design wise have their act together.

Now we just need two more of them on the grid !
Top

I always expected Mir to do well, but his second race at Austria convinced me to jump on the bandwagon. Even though he lost a sure win, he was composed enough to fight on and score as many points as possible, in that case 4th after beating Dovi. And of course we all know it takes a lot to beat Dovi at Austria head to head no matter what.

I never ever expected Quartararo to have thois sort of second half of the season though. He was my outright favourite for a long time.

It was hard not to notice Mir’s consistency when everyone around him was so inconsistent. I doubt anyone would have picked him before the year started or even after Marquez got injured to take the title. But he has shown so much this season IMO. His race craft is excellent, that pass on Rossi at Milano being a highlight of the year. He (and Suzuki) conserve tyres well. I’m so happy for Suzuki and where they are, it looks like they’ll take all the titles this year.

I don’t think anyone did. He was inconsistent last year, but it was his rookie year so it just didn’t mean anything at the time. But it does seem he will be another Vinales at this stage. I don’t think he handles pressure so well though. He’s clearly talented, but underperformed in moto3 when he was expected to do well, I would say he has underperformed this year as well. I don’t blame him for his crash on the weekend, he reacted to a rider going down in front of him. I don’t think the crash had anything to do with pressure, but how he got into the points position he is in did IMO.

I can’t help but feel everyone but Suzuki, Mir and to a lesser extent Rins bottled it this year. Marquez may have let Fabio get in his head causing him to try and not just beat everyone but embarrass them. Fabio has shown that at least for now he can’t keep consistency to properly challenge for a world title, perhaps more importantly he has shown Marquez that he isn’t the threat that everyone thought he was. Yamaha just went all kinds of wrong with their engines. Dovi fell off a cliff in his best chance for a title. Again I don’t think he responds great to championship pressure.
Top

In 14 races we had 15 riders out of the top 16 get on the podium. That's a lot of different riders for 42 podium places. Nakagami was the rider who was in there without a podium, his best result was 4th and he came 10th overall. Crutchlow was noticeably missing from the podium with a best result of 8th, which was also Aleix's best result.

The points payouts were less back then, so when look at by where the avg points placed them in finishing position this year was lower. Mir’s avg here is btwn 4th and 5th place, and ‘92 and ‘82 the WC avg was btwn 3rd and 4th. Not taking away from your point just adding to it that you don’t have to restrict yourself to MotoGP era.
Top

One of my predictions seemed so obvious that I didn't even bother posting it. That being that Alex Marquez would win rookie of the year, being at Repsol Honda while the other 2 were on KTM's and yet again this year has proven me wrong with Brad Binder taking rookie of the year. https://resources.motogp.com/files/resu ... 1578452553
My signature isn't particularly interesting
Top

I reckon Marquez to win,
two or three yamahas behind him,
then the Ducatis (best bikes but, I can't see anyone at Ducati thinking about this year - Dovi will be unsettled whatever the result of the negotiations, Petrucci will be trying to get his head around German seperable verbs and Miller will be avoiding any kind of injury that will spoil next season).
Pol Esparagaro next having a last hurrah at KTM
suzukis

Hmmmm, please don't ever take my advice for stocks and shares, horse tips, etc....
I think I can at least claim most worng...
Top

Just disappeared down a massive internet rabbithole trying to find what race it was. Someone in another forum had mentioned Donington so I looked through all the years he raced there and no mention in any of the 500cc race reports (which surely - fish on track - you'd expect), so wonder if it was during his 250cc years which have a lot less information online now.

He definitely seemed like a character anyway, even if the story is a bit.... errrr, "fishy". 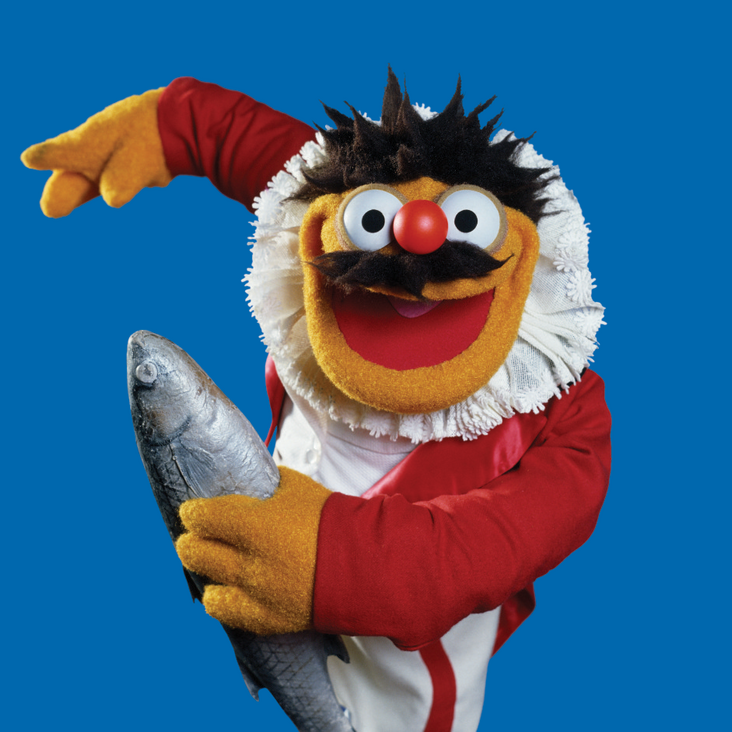 Toby Moody thought Kocinski made the comment knowing it was bollocks, but just to mess with the press and see if anyone would say anything (just as he was that kind of character...)

Hopefully my trust value has gone up slightly