Guest Blog: Mat Oxley - The man who mistook his aero device for a hat

The man who mistook his aero device for a hat 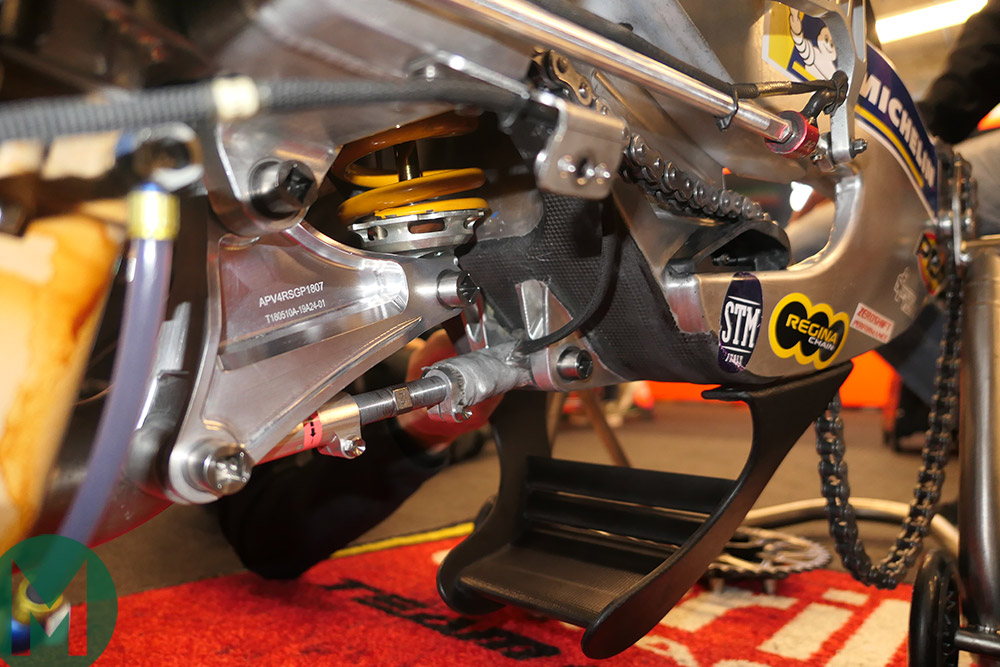 The photo you see above is not an aerodynamic device attached to Aprilia’s RS-GP MotoGP bike for the first time during Monday’s private test at the Circuit of The Americas, it is a tyre cooler, or a swingarm stiffener, or a debris deflector, or possibly a hat.

MotoGP finds itself in a strange place at the moment, when words mean more than reality. Or perhaps the people in charge are suffering from a severe case of visual agnosia, an unusual neurological condition that leaves people unable to recognize even familiar objects.

The famous neurologist Oliver Sacks wrote a book about his experiences with patients suffering from visual agnosia. The book was titled “The Man Who Mistook His Wife for a Hat”.

In MotoGP’s scrutineering bays and even in its Court of Appeal in Switzerland, officials are examining the latest gizmos fitted to MotoGP bikes and failing to correctly identify what they see in front of them.

During the recent Court of Appeal case to decide the fate of Ducati’s swingarm widget used in the season-opening Qatar GP, officials agreed with Ducati staff that the device was a tyre cooler and not an aerodynamic device designed to increase downforce and therefore rear grip.

Once the device had been declared legal it was obvious that rival manufacturers would make their own swingarm aero devices (sorry, tyre coolers), just as they had copied the Desmosedici’s winglets in 2016.

I was wondering if these add unsprong weight?

The swing arm aero devices do add unsprung weight, but they are relatively light, and they are close to the swing arm pivot point, so they are not moving as much as a device attached close to the wheel axle. The front wheel covers on the Ducati are probably more of an issue there. But the benefits outweigh the disadvantages.

How long until the premier motorcycle series follows Formula 1 and has their bikes look just as ridiculous?

Both F1 and MotoGP would be better racing with no aero. Just the best athletes on the fastest vehicles.

OK. I guess this is an old fart wishing for the good old days.

In the good old days riders won by minutes didn’t they? Even in much more recent times it was common for people like Doohan to swan off into the distance and the racing was often very, very dull. Devices like this don’t change that the racing over the last 3 or 4 years is the best it’s ever been.

The weight is very minimal since it’s carbon fiber. The real benefit (other than “tire cooling”) is that it most likely adds unsprung downforce. The downforce doesn’t have to travel through the suspension to earn its effect.

That's only completely true if the device is mounted at the axle. The closer it is to the swingarm pivot, the more the force is transmitted through the suspension. At the pivot, it's 100% sprung.